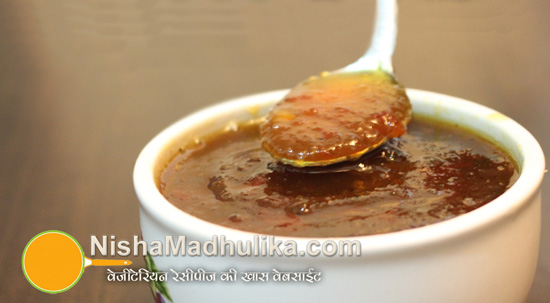 Marmalade made with capsicum is as good as it looks. Kids will surely love eating this recipe and infact you will also enjoy eating it.

How to make Bell Pepper Marmalade

Add grinned bell pepper and small pieces of bell pepper in a pan and place it on flame for cooking marmalade. Also mix sugar into it. Cook until marmalade gets thick and stir after every 1-2 minutes.

Take out zest form one lemon .i.e. remove the upper layer of lemon and slice it finely and then add in marmalade. Also add black pepper powder. 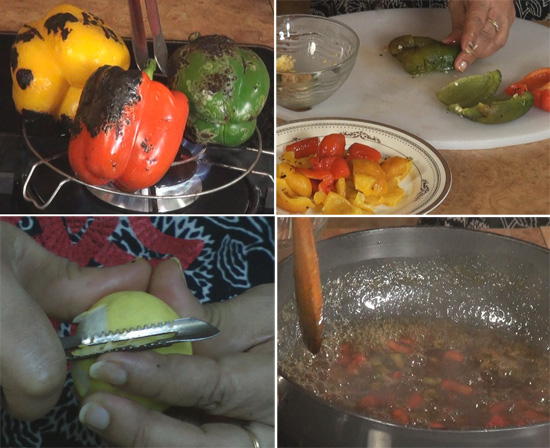 Marmalade has become thick. Check it. Take 1-2 drops of marmalade and place them in a bowl. If it sticks to your fingers that means it’s ready. Turn off the gas.

Bell pepper marmalade is ready. Store it in airtight container once it’s cooled down completely. It can be stored for up to 6 months.

Serve it with burger, chips or serve them with parantha in kid’s tiffin. They will love eating it.