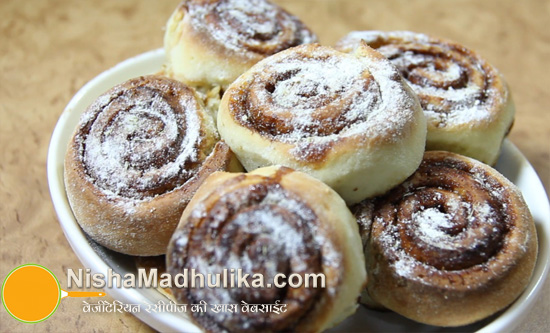 Freshly prepared cinnamon rolls are very delicious. Serve with morning tea or during supper with coffee, these will be liked by your whole family.

How to make Cinnamon Rolls

Add 2 tbsp butter in maida. Also add sugar and dry active yeast and mix really. With help of lukewarm milk knead soft dough. If needed, add 1-2 tsp water. Keep kneading the dough for 5-6 minutes do that it becomes even and soft. Grease the dough with oil from all around and keep it aside for 2 hours so that it ferments and becomes puffy. 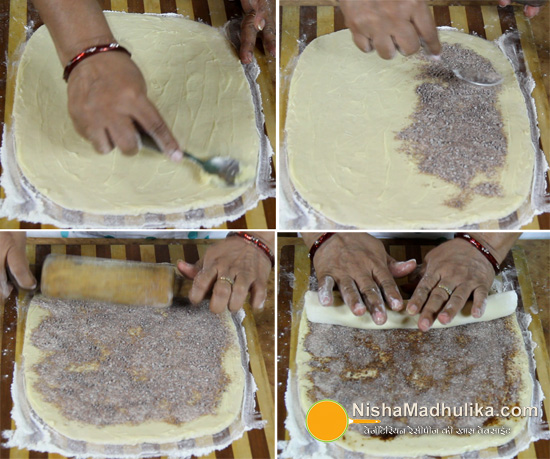 Spread butter all over the rolled sheet. Mix cinnamon powder and brown sugar. Leaving ½ inch space on borders spread the mixture all over the surface. Run rolling pin over the cinnamon mixture so that it sticks to butter. Roll the sheet with help of your hands. Make sure while rolling it should not be too tight. Prepare loose rolls.

Cut roll into pieces with 1 inch thickness. Place cinnamon rolls in baking tray at some distance. Cover the tray and keep it aside for 1-1.5 hours. Rolls be get puffy. 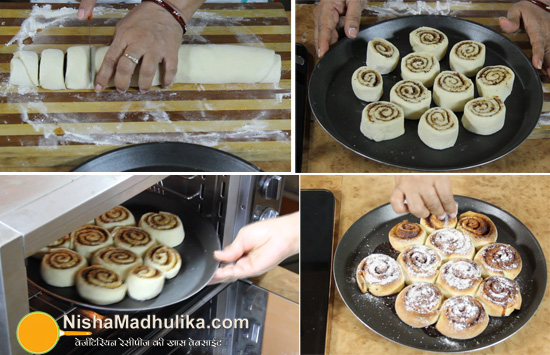 Cinnamon rolls are ready. Mix cardamom and sugar powder and then sprinkle over them. You can also put whipped cream or chocolate over cinnamon rolls before serving.