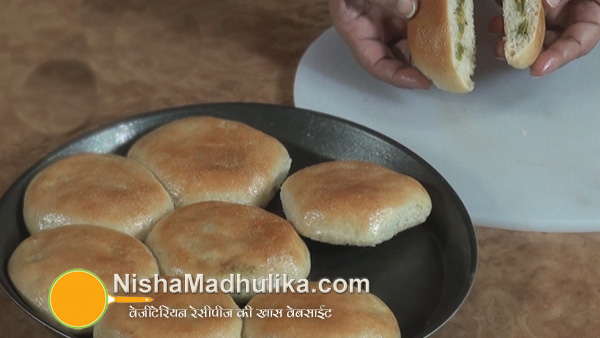 If you like eating kachori’s and want to avoid eating oil then baked kachori’s is want you will love eating. This recipe can be converted into potato stuffed masala bun by just giving them a round shape.  So let’s make baked kachori’s or potato masala bun.

How to make Baked Kachori or Masala Bun

Knead dough for making kachori’s. Take out flour in any utensil and make a small well in center of the flour. Add sugar, instant dry yeast (there is no need to active instant dry yeast in lukewarm water), ½ tsp salt and 2 tsp oil in the maida and mix well.

Add little amount of lukewarm water in the dough at a time and prepare a soft dough like that used for making chapatti’s. Knead dough for about 4-5 minutes until it becomes soft. (For kneading this much amount of water 1 cup water is used). Grease the dough with little oil, cover it and keep it aside for 20-25 minutes for fermenting. Meanwhile prepare stuffing for the kachori’s. 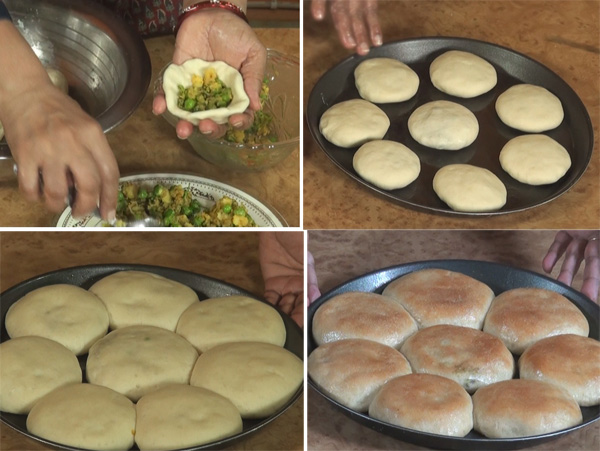 Kachori’s got fermented well. Now keep them in oven for baking. Set the oven temperature to 200 degree centigrade and cook kachori’s for 20 minutes in oven. Check after 15minutes. Bake more if not cooked properly.