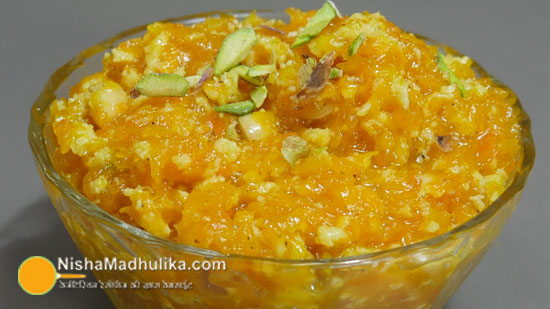 The Kashi Halwa is easier to make and a perfect dish for those who are craving for food when they are fasting.

How to make Kaddu Halwa

Take a ½kg of ripening Kaddu, wash it, peel it and grate it. Grate it using a larger sized hole grater and grate it finely. Preheat a pan and add 2 tablespoons of clarified butter in it. Add the grated pumpkin to it and roast while continuously stirring it. 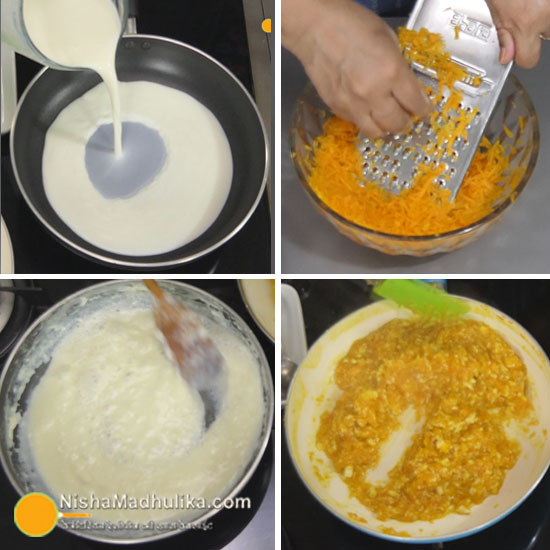 Increase the flame of pumpkin and add the cooked Mawa to it. Cook while stirring it on the high flame for a while. Add 1 to 2 tablespoons of finely chopped cashews, a ½ teaspoon of cardamom powder to it.

Cook the pudding while continuously stirring it. The pudding has cooked, remove the cooked pudding in a separate bowl and garnish it with chopped cashews, pistachios and almonds before serving. The less than an hour was utilized while cooking it.